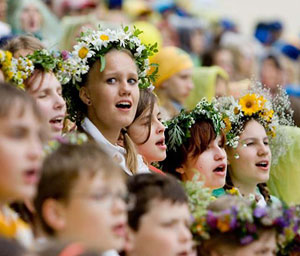 Lithuania is an active member of the European Union (since 1st May 2004) and the North Atlantic Treaty Organisation (since 29th March 2004). Founded over 800 years ago, Lithuania is the oldest Baltic state. In fact, its name appeared for the first time one thousand years ago, in 1009. Located at the dividing line between Western and Eastern civilisations, Lithuania has fought dramatically for its independence and survival. In the Middle Ages (15th century), Lithuania was the largest state in Europe, with a thriving international trade and rich craftsmanship.

In 1579, Vilnius University – an important scientific and education institution – was founded. In the 16th century, Lithuania adopted its First, Second and Third Statutes. These Statutes became the backbone of the country’s legislative system and had a major impact on legislation in other European states. Despite losing its independence, Lithuania managed to retain its Third Statute for 250 years, which played an important part in protecting its national identity and citizens rights.

Lithuania, a country with a rich history, strong traditions and beautiful landscapes