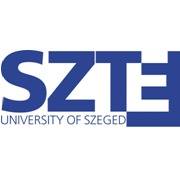 Dentistry: The dentistry degree lasts 5 years and it is taught in English. The school of dentistry was founded in 2007 and is known as one of the best education institutions in Hungary since then. Another good reason to study there is the close relationship with the school of medicine of Szeged. The Dental University Clinic is known for its intensive research, high education standards and excellent services for the patients.

Pharmacy: The school of pharmacy at the University of Szeged was founded in 1957, although the field of pharmacy played an important role in 1921 already. 50% of the Hungarian pharmacists have taken their studies at the University of Szeged. The degree lasts 5 years and after its completion the students can take a doctor degree. The school trains the students to become professional and highly qualified pharmacists. With this qualification you can start your pharmacy career or work in the research department of the university.

Szeged is the third largest city in Hungary with 170.000 inhabitants. It is located in the southwest of the country, near the tripoint of Hungary, Romania and Serbia.

For the English program, you will need to take an admission exam, which comprises questions on chemistry and biology and a short English interview. We will send you all the necessary learning material, so you can prepare for the exam in the best possible way.

All the degrees of the University of Szeged are adapted to the Bologna process. The recognition in the EU and many other countries is therefore ensured. The medical degrees are also recognized by the WHO and will allow you to take the USMLE exams (United States Medical Licensing Examination), which is the certificate you need to work as a doctor in the USA.