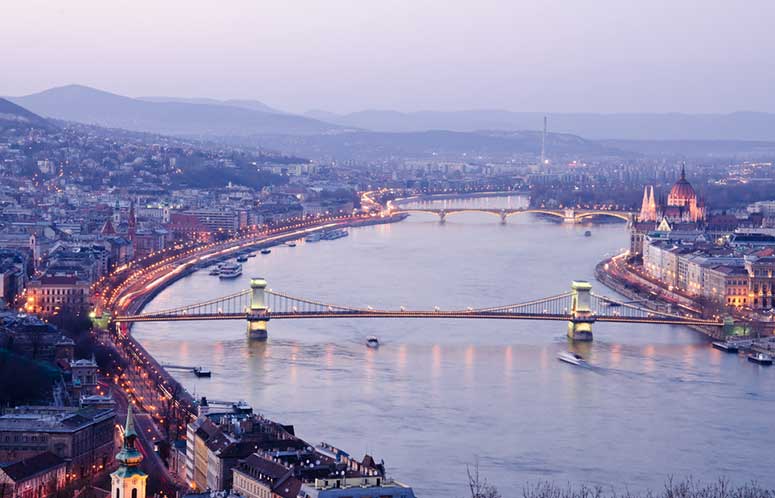 Hungary is a landlocked country in Central Europe and is for the most part located in the Pannonian Basin. Austria, Slovakia, Romania, Serbia, Croatia and Slovenia are neighboring countries. Budapest is with about 1.7 million inhabitants the capital of the city. It is by far the biggest city of Hungary. Around 17% of all Hungarians therefore live in Budapest. The following biggest cities, in which we also have partner universities, are Debrecen (ca. 225.000 inhabitants), Szeged (ca. 165.000 inhabitants) and Pécs (ca. 160.000 inhabitants).

Based on its location, the Hungarian climate is a relatively dry continental climate with cold winters and warm summers. In winter, the temperatures range around 0°C and around 20°C on average in summer. The average yearly temperature is around 11°C.

Hungary is characterized by nature and therefore primarily has a green face. The longest river – with 417 kilometers – flowing through the heart of Hungary is the Danube. Especially on its waterfront, you can see the Hungarian flora and fauna in all its glory. All in all, Hungary is home to 45,000 animal species and 2,200 plant species. The oldest Hungarian bridge, which was built over the Danube, is the famous “Chain Bridge” in Budapest. Today, the bridge – which was already opened in 1849 –is still one of the most famous sights of Budapest and Hungary.